The following is a report of the recent TIAFT meeting that took place in Buenos Aires, Argentina in November 2014. The meeting was well attended in general although very few UK toxicologists were present so I hope this report can give a reflection of the meeting content, both scientifically and socially for those who could not attend. I was also at the meeting to present the UK bid for TIAFT 2018 and this began with a pre-meeting presentation to the TIAFT Board. Despite this being shortly after landing at the airport, the presentation appeared to be well received and laid the foundation for the bid presentation to the members on the final day.

Following the formal opening ceremony of the meeting that evening the Welcome Reception took place at Tango Porteno across the road from the meeting hotel and this began our first experience of Argentinian beef that continued throughout the week, along with Malbec wine... 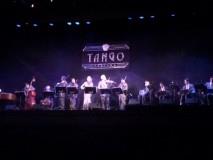 The Tango show and dinner was very well received and was (thankfully) far too professional to allow or “encourage” potential TIAFT dancers to the stage – that would come later. The “road” by the way (Av. 9 de Julio) was not just any road but with at least 16 lanes of traffic in places it was a feat to cross most days even with designated crossings and was said to be the widest road in the world according to our Argentinian guides. Delegates soon got used to it though as Tango Porteno hosted the lunches most days. 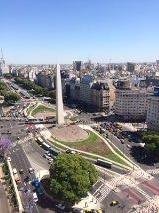 The scientific sessions began in earnest with many short talks and no parallel sessions. Whilst there were many different session topics, three overarching themes appeared to predominate and reflects modern toxicology; firstly, new psychoactive substances (NPS) are everywhere both in the world and in all aspects of toxicology from clinical to post-mortem to alternative matrices, etc. Related to this is that synthetic cannabinoids are interesting and clearly problematic in equal measure from a pharmacological, toxicological and analytical point of view. Various useful studies on the metabolism of synthetic cannabinoids and NPS were also reported and are of course important to ensure the most appropriate metabolites are looked for in biological specimens and over what time frame.

Finally, in relation to all these drug developments, more and more laboratories are acquiring and utilising high resolution accurate mass-spectrometry in casework. It is clear that the current challenges posed by NPS that we see in the UK also predictably apply globally but it was interesting to see the varied approaches in tackling the usual questions of analysis and interpretation. The high turnover of presentations meant a lot of information was provided over the week and I am sure delegates will still be using the abstract book to assist in filtering the data, methods and case reports presented, not just relating to NPS. This was also evident with the posters, this year being presented as “e-posters” on pre-loaded viewing screens in the exhibitors’ area. A diverse selection of research and case reports was shown as for the oral presentations, supported by the sponsors’ technical seminars. 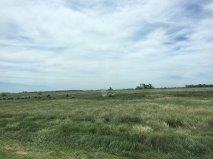 In the middle of the week, as is traditional at TIAFT events, there was the excursion. This year it was to Estancia La Candelaria in the Pampas region of Argentina and it was obvious from the coach trip with miles of grassland and many cows, why beef is ubiquitous in the country!

Just after arrival and the barbeque, a demonstration of traditional dancing was given and inevitably TIAFT attendees were “encouraged” to take part with particular kudos to Marc LeBeau, Alain Verstraete and Robert Kronstrand who didn’t seem to need that much encouragement, with Marc’s “table knife dance” a particular highlight. Whilst many people enjoyed watching or being dragged around behind one of the horses, a group of us managed to obtain a football and a multi-national match took place, amongst many others with Pascal ‘Fabian Bartez’ Kintz in goal and Dimitri ‘Steven Gerrard’ Gerostamolous in the opposing team with a holding midfield position but showing odd periods of flare! After a frantic (to begin with until everyone realised how old they were) and enjoyable mosquito-dodging hour or less, the final score if I recall was 6:4 to the French/Belgian/Uruguay, etc side versus the Australian/English/Italian/German, etc side. I won’t bore you with tales of my goal. We look forward to a re-match in Florence on Italian home soil. 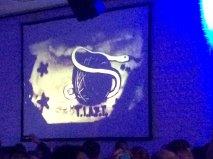 On the final day, after the closure of the scientific sessions, the annual TIAFT business meeting took place and along with voting for the new TIAFT Board (including the inauguration of Heesun Chung as the new President and Marc LeBeau as President-Elect), the host city for TIAFT 2018 was voted for. I have already given specific feedback of this in an e-mail to members but suffice to say that we will be travelling to the wonderful city of Ghent in Belgium with what looks to be an impressive meeting planned (watch out for the cyclists during the dinner - you’ll see what I mean….). It was spirited and well supported bids from Paris and ourselves but on this occasion it was not to be. As already stated to members, the large amount of positive feedback bodes well for the UK hosting an annual TIAFT meeting in the not too distant future. After the business meeting, TIAFT 2014 drew to a successful close at the traditional gala dinner with good food, sand pictures, awards, dancing and more Malbec.

<< Go back to the previous page

The same applies in case that you want to receive information material or if we answer your requests. In these cases, we will always point this out. We will only save the data that you have automatically or voluntarily sent to us.

If you send us data via a contact form, these data will be sent to the LTG email address, usually received by the Secretary. We will use your data exclusively for the processing of your request. Your data will be treated as strictly confidential. It will not be disclosed to a third party. Emails and submitted forms are stored on the LTG email account and/or transferred to membership database files.

On becoming a member of LTG we will automatically add your email address to the group mailing list. This mailing list is accessible only to the LTG committee, usually the Secretary, and is used soley for the purpose of notifying members about future meetings or important information from fellow members or associated members or sponsors relevant to the LTG and vetted by an LTG committee member. It is occainsionally used to forward member related information notifications and sponsor material. The entire group mailing list is not accessible to anyone outside of the committee and is never passed on to third parties, including corporate sponsors.

On registering for a meeting through our website, you will be asked whether you agree to your email being accessible to the main sponsor for that meeting only. If you agree by checking this request box, your email will be passed to the sponsor.

If you wish to stop receiving this information and wish to be removed from the mailing list at anypoint in your membership, please email LTG.committee@gmail.com and your email address will aim to be removed within 10 working days. This does not affect your membership of LTG and future meeting dates will be available on our website.

On becoming a member of LTG you will be issued with password-protected direct access to the members ‘address book’ page. You undertake to treat personal access data as confidential and not to make them accessible to unauthorised third parties. We cannot assume liability for the misuse of passwords unless we are responsible for their misuse.

We have taken technical and administrative safety precautions to protect your personal data against loss, destruction, manipulation and unauthorised access.

When your membership of LTG ceases, either due to failure to pay membership fees (15mths from last payment) or following request to leave the group, your contact details will be removed from the ‘membership address book’ and the mailing list. Your data will remain on the LTG membership database for a period of 8 years. This time frame facilitates data management of attendance and reinstatement of past memberships. If you wish your data to be removed from the database sooner, please contact LTG.committee@gmail.com and all your data will be removed within 10 working days.

Persons responsible for handling of data stored by LTG

The LTG is run by a voluntary committee, of which the Chair, Vice Chair, Treasurer, Secretary and Corporate Liaison officers have potential access to personal data. All correspondence is via our email address LTG.committee@gmail.com. We do not have a company registered address at this time. Our website and database are managed by Gianpaolo Brusini (www.bibibus.com). We have verified that all of these third parties act in compliance with the GDPR and ensure that we only share the data necessary for the task.